Differences Between Designing Native Apps for iOS and Android Platforms

Native apps for a long time have been quite a choice for businesses who want to dive into the mobile app world. Built-in a specific programming language, native apps are designed & developed for a particular device platform, either for iOS or Android.

If you have used both iOS and Android phones, you are quite well aware that they are different from each other. Use an iPhone and, after that, Android. You may feel it with the buttons, tabs, navigation style, and many more such controls. Although the actions & the end goal are similar, the structure and flow differ intensively.

The app market in 2021 is buzzing with the popularity of Android & iOS beholds. Thus, in the next 8 mins, we will look at how these rivals are different on the design front.

The Difference in Navigation Styles in iOS & Android Designs 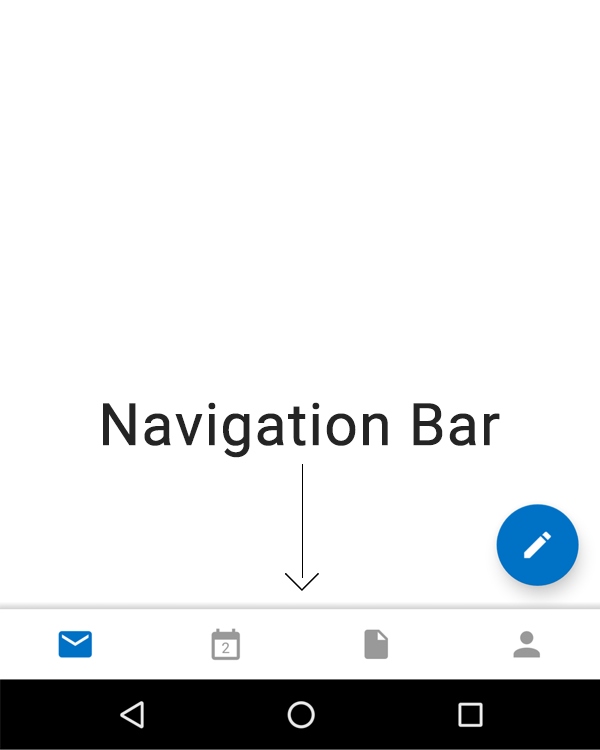 Contrastingly, iOS follows a different navigation style. iOS doesn’t have any universal navigation bar, which means you can’t go back using the navigation bar. Not having a navigation bar directly affects the process of mobile app designing in native iOS applications.

Instead, iOS has an internal screen back button in the top left corner of the screen, which serves as an easy way to go back.

Human Interface Guidelines by Apple suggests a bottom tab bar when it comes to in-app navigation control. The tab bar at the bottom allows a user to quickly switch between the main sections of a native iOS app and work like a menu. If you notice, the iOS tab bar contains no more than 5 primary options.

Apple also has a Hamburger menu, but it considers the Hamburger menu only for the low-level options as Apple prefers to keep the important options on the bottom tab bar.

While on the other hand, Android prefers to provide a menu drawer or navigation drawer.

Let me show you through an example, open the play store on your Android phone; you’ll see the home screen, did you? Now when you look at the top left corner on the home screen of the Google play store. You’ll see three horizontal lines (also called a hamburger icon); click on that.

Once you click on it, a drawer containing the play store’s menu will open up. That is the navigation drawer or menu drawer. Now slant your phone and click on the hamburger icon... realize why it is called the navigation ‘drawer’? 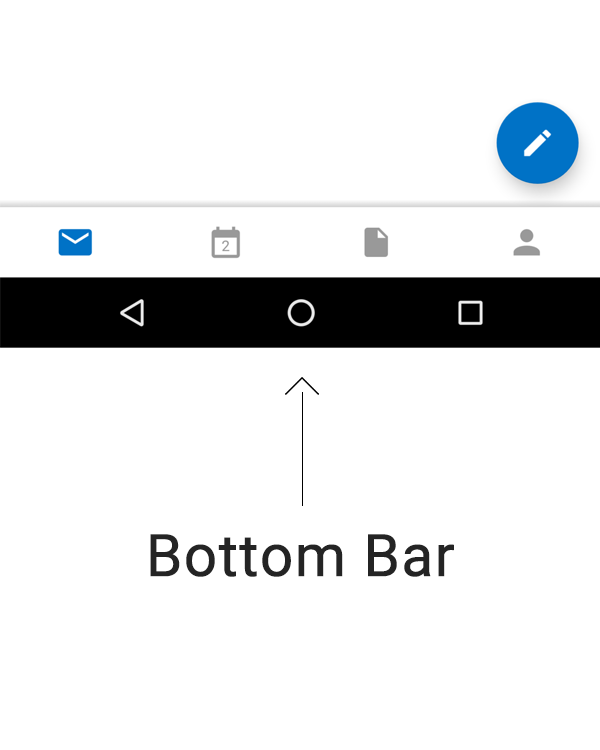 Even though there are alike elements that perform almost the same functions in both iOS & Android applications, the difference in navigation styles remains a different notable design factor on both the operating systems’ design fronts.

Furthermore, to build impressive in-app navigation & menus, you need to hire teams of remote developers that have been building native applications for iOS and Android platforms by leveraging the latest design elements to enhance the overall user experience.

Read More: A Complete Process of How to Hire Remote Developers

Buttons are specially meant to perform numerous actions. But their designs vary in both Android & iOS applications.

As per Human Interface Guidelines by Apple, the buttons of iOS are flat without shadows and use Title Case for texts. Sometimes, to highlight a direct action, iOS apps also consist of a call-to-action button which is mostly set in the center of the bottom tab bar. 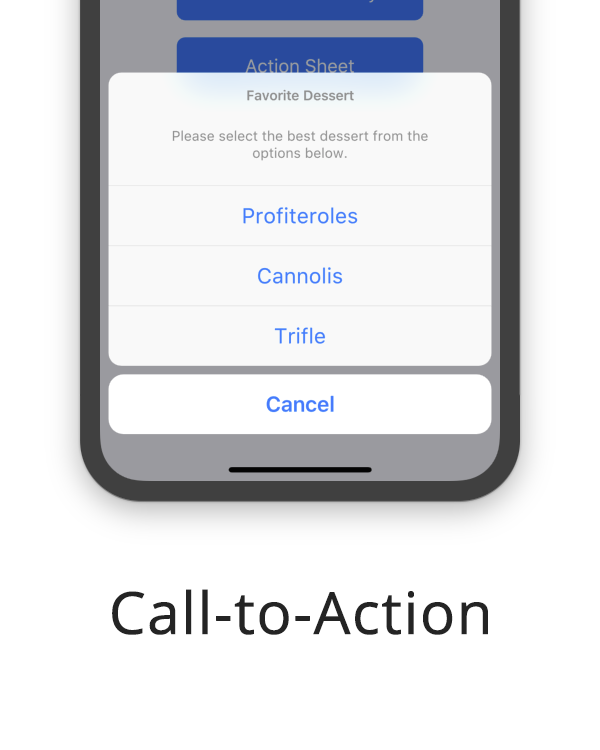 Whereas Android has a knack for using either flat or raised buttons for its applications, material design guidelines use both these types of buttons alternatively. The text on the buttons of Android applications should generally be in UPPER CASE. Another button that Android represents is the floating button for direct actions in an Android app.

For instance, the ‘add status’ button on WhatsApp. If you notice, then it is a floating button. Floating buttons in Android and call-to-action buttons in iOS usually signifies a primary action in native applications. 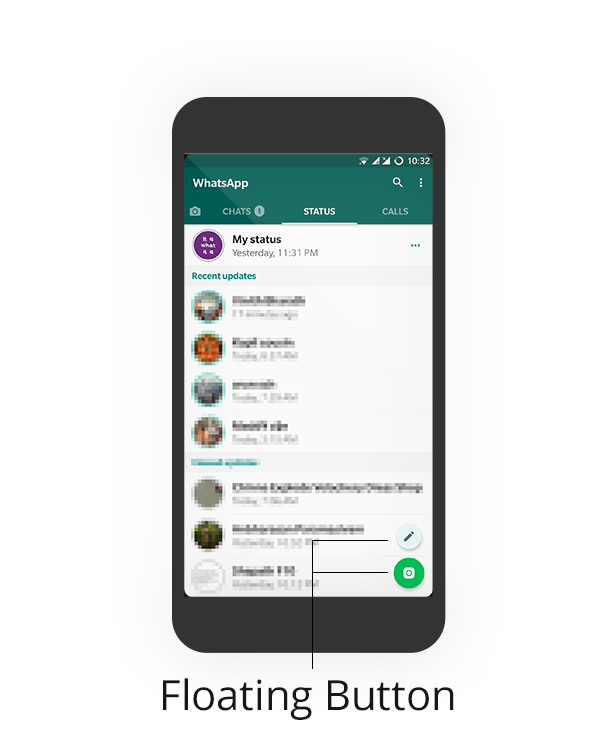 The Difference in The Typography of Native iOS & Android Mobile Applications 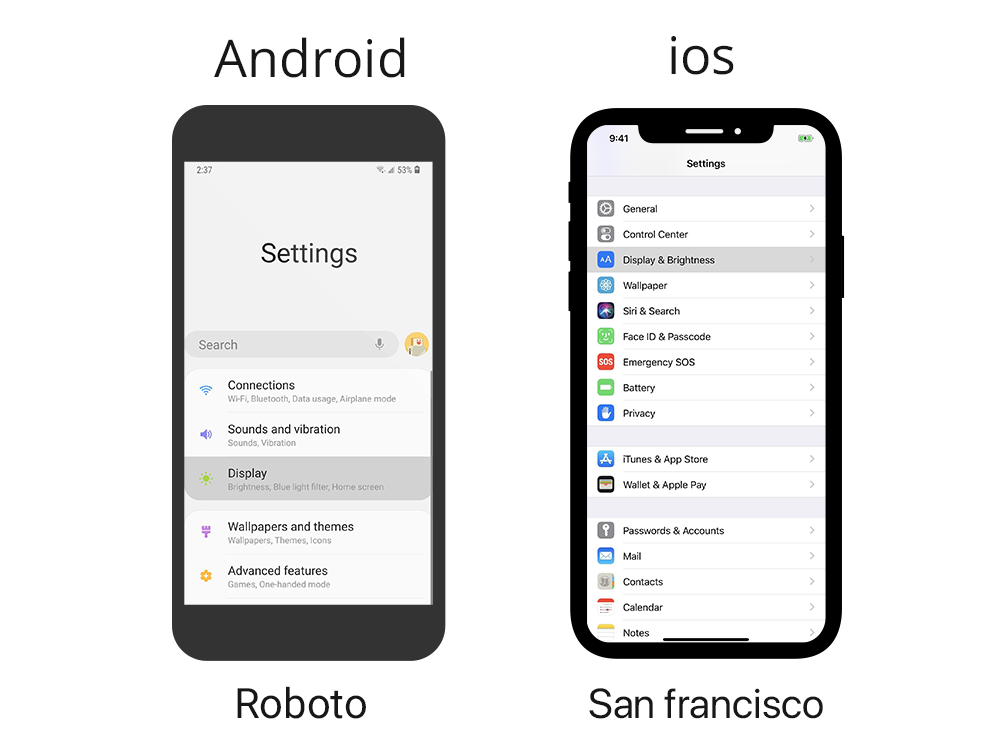 The Different Appearance of Pickers in Native iOS & Android Applications

As a designer, if you’re keen on designing each element the same across both platforms, you may have a setback because it would require additional efforts, especially when it comes to pickers in both these operating systems.

iOS and Android both have their own unique interaction cases, including “iOS-like controls” and “Android-like controls.”The controls include checkboxes, radio buttons, switches, or toggles that need to be customized to make it look like iOS controls or Android controls.

An important point to note is - a good design is a design that takes care of a user's habit in the respective operating systems.

A designer must keep in mind the differences between these platforms to meet the users’ expectations for that specific operating system.

Examples of Different Appearance of Pickers: 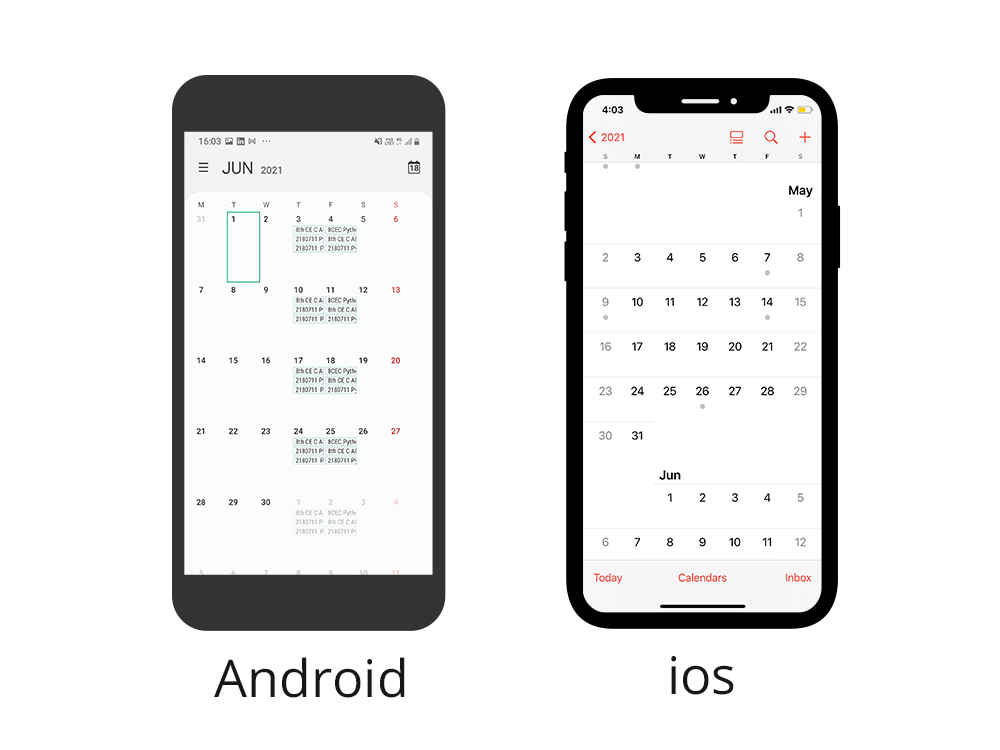 The Difference in Naming in iOS & Android Designs

Interestingly, if you receive a notification on iOS, then that is named as an ‘alert.’ While ‘Android’ names its notifications as ‘dialogs, snackbars, or banners.’

If it’s a dialog, then the design would be made to look like a ‘dialog,’ while if it’s called an ‘alert,’ then the designers will have to make it look like an ‘alert.’ The naming elements certainly affect the designing patterns in iOS and Android applications.

This is another example of different naming patterns in iOS & Android. Both the elements have the same action, but the names differentiate their technological aspect. Getting a clear picture of the difference in both the mobile platforms’ names is the beginning of understanding their technical contrast.

That’s why it’s crucial to attract users’ attention towards the app from the point they use the app. The procedure of native app design should be mainly focused on creating an enchanting experience for users with the help of micro-interactions & micro animations.

Read More: How to Build Mobile App in 2021-Comprehensive Guide.

Let’s look at the interaction patterns in both iOS and Android platforms.

iOS and Android are not in favor of excessive animations that distract users from the main tasks, but they encourage micro-interactions when it comes to the essential aspects that really need the user’s attention.

Another prominent point is to keep in mind is the order of the interactions. The hierarchy helps in showing the users how the components of an app are interconnected to each other. The transition should be smooth, self-effacing, and familiar to use. More importantly, the transitions should be able to keep the users engaged from one screen to another.

The recommendations suggested by Human Interface Guidelines (HIG) and Materials Design Guidelines for incorporating micro-interactions are almost similar, but some distinctions are clearly mentioned. Over the years, users are also relatively accustomed to the prevailing platform-specific transitions, which have become natural for the users.

But the important thing which one should consider is the user's habit regarding that operating system. You would be able to add the non-native components. Still, if the features are not likable to the platforms’ users, then there’s a chance that they’ll dismiss your application. So as not to fall into that kind, we advise sticking with the native components.

Thus, if you go with the native components, an added benefit for your app will be that a native app can be built a lot faster when incorporating native elements for both iOS & Android platforms. Whether you choose iOS or Android, a pro tip here is to focus closely on the micro-animations and micro-interactions of the applications, as those elements can define your application’s success.

How Much Does It Cost To Develop An App In USA?